We already read about first and second Carnatic wars. In this article we will discuss about the Anglo-French conflict in third Carnatic war and its causes and results.

Causes of the Third Carnatic War

In 1756, the Seven Years’ War started in Europe and Britain and France again found themselves in opposite camps. That led to the Third Carnatic War in India between the English and the French. But no engagement took place between the two in 1756. They started attacking each other’s possessions in 1757. The French succeeded in capturing larger part of Karnataka though they failed to capture the strongholds of the English like Trichinopoly, Arcot, Madras, St. David etc. The English gained more success in the North. They captured all the important places of the French in Bengal and Bihar. 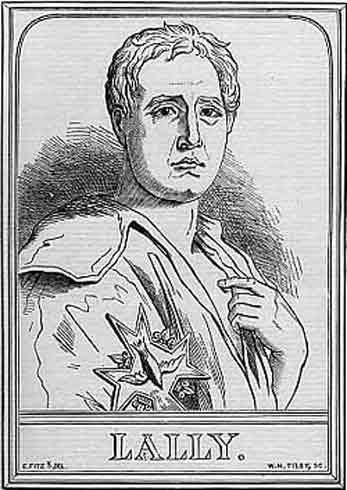 The major engagements between the two Companies, in fact, started in 1758 when Count de Lally came to India as the commander of the French forces as well as the governor of the Company. Lally was a capable and daring commander. But he was haughty in his temperament and an idealist by nature. Therefore having succeeded initially he failed ultimately. He captured St. David immediately after his arrival in India. He next planned to attack Madras but the governor at Pondicherry showed his inability to finance the attack and Count de Ache refused to make a naval attack on Madras. Lally then attacked Tanjore to get some booty but had to withdraw because of the arrival of the English force to oppose him. Meanwhile de Ache was defeated by the English on the sea and was forced to withdraw to Mauritius with his ships much against the wishes of Lally. Yet, Lally besieged Madras in 1758. He recalled Bussy from Hyderabad for his help. But, he failed to gain any success. The French influence in Hyderabad disappeared with the departure of Bussy from there. The English received reinforcement from Bengal. Lally was forced to raise the siege of Madras in 1759.

Results of the Third War in Karnataka

The war continued but the French were mostly on the defensive. On January 22, 1760, the battle of Wandiwash took place. The French were defeated decisively and Bussy was taken prisoner. This battle sealed the fate of the French in India. Malleson comments : “It shattered to the grounds the mighty fabric which Martin, Dumas and Dupleix had contributed to erect; it dissipated all the hopes of Lally; it sealed the fate of Pondicherry.” Lally entered into a treaty with Hyder Ali, the ruler of Mysore, to strengthen his position and, certainly, received some military support. But nothing could save the position of the French. Pondicherry was besieged by the English and Lally was forced to surrender after some months on March 16, 1761. After the fall of Pondicherry, the English easily captured the rest of the French cities like Jinji, Mahe etc. The defeat of the French was complete.

The Seven Years’ War ended in 1763 and the Peace of Paris was signed. By this treaty, the French were given back some of their cities in India, like Chandranagar and Pondicherry. But they were not allowed to raise any fortifications there. Thus, the third Carnatic War Sealed the fate of the French in India for ever and, among European powers, Britain alone was left to contest the native rulers of the sovereignty of India.

Brief Story of all First, Second and Third Carnatic Wars