Lord Cornwallis had no knowledge and experience of Indian affairs when he reached India in 1786. He took advantage of the reforms effected by Warren Hastings. Besides, he was ably helped by Charles Grant and Sir John Shore in revenue administrator while Sir William Jones, the Chief Justice of the Supreme Court, helped him in carrying out his judicial reforms. An elaborate Code of Regulations known as the “Cornwallis Code” was framed and published in 1793. 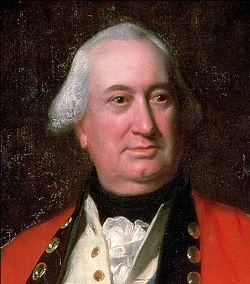 The Cornwallis Code is a body of legislation passed in 1793 by the East India Company. This code was developed by Cornwallis who was the governor of Bengal from 1786 to 1793.

The Cornwallis Code is known for some significant provisions made in it. These provisions related to governance, law and order, judicial and civil administration. The best known provision was the permanent settlement enacted in 1793.  This act established a system of revenue collection which was followed until the 20th century.

Reforms in different fields of administration by Lord Cornwallis

He carried out the following reforms in different fields of administration.

The Permanent Settlement in Bengal

The revenue administration was a complicated affair and no permanent decision was taken about it prior to the arrival of Lord Cornwallis in India. The Directors had instructed Lord Cornwallis that after assessing the revenue records of some past years, a settlement should be made with zamindars for some years but with a view that it could be made permanent in the near future. These instructions of the Directors were the primary cause of the Permanent Settlement in Bengal, Bihar and Orissa concerning revenue.

Acceptance of bribery and presents was the worst form of corruption in the civil services. Besides, the servants of the Company engaged themselves in private trade in the name of their relatives and therefore, neglected the trade of the Company. Cornwallis took some measures to stop these corrupt practices. On the one hand, he banned taking of bribes and presents and stopped private trade carried on by the servants of the Company in the name of their relatives. On the other hand, he increased the salaries of the servants so that they could become free from monetary temptations. Besides, as far as possible, he appointed only Englishmen to posts of responsibility. An Indian could not get a higher assignment than the rank of a Subedar in the army while in civil services he could not rise higher than the position of a Munsif.

Lord Cornwallis concentrated on honesty and attempted to reduce the expenditure in carrying the administration. He carried out a few following reforms concerning administration:

Cornwallis prohibited private trade. Besides, he took up the following measures:

Lord Cornwallis took away the rights of the landlords of maintaining law and order. He established police posts at different places and kept policemen under Indian sub-inspectors there to look after peace and order in their respective areas. Afterwards, Indian sub-inspectors were replaced by Englishmen as far as could be possible. The magistrates were given the responsibility to supervise their working.

Cornwallis separated the judiciary from the executive and attempted to provide justice to the common men. In this field, he tried to perfect the system established by Warren Hastings. He carried out the following reforms :-

These courts could decide the cases involving Europeans as well. Besides, many rules were framed concerning the functioning of these courts.

Besides the establishment of different courts, some following measures were also passed:

Thus, Cornwallis carried out reforms in different fields of administration. These reforms were regarded as largely successful and no attempt was made by the government of the Company to change them for the next twenty years. Lord Cornwallis, however, was no innovator in reforms. In some cases he followed the instructions of the “Court of Directors” and in some others, he was benefited by the measures carried out by Warren Hastings. P.E. Roberts writes: “He actually raised the superstructure on a foundation which was laid down by Warren Hastings.” The reforms of Cornwallis were not free from certain serious defects. His Permanent Settlement certainly harmed the interests of peasants. In the same way, the establishment of judicial courts alone did not benefit the common people of India. The system was costlier and therefore, only rich people derive benefit from it. It also involved long delays which again went against the poor and the oppressed.

Trace the evolution of the system of administration in India from Warren Hastings to Lord Cornwallis.

Describe critically the reforms of Cornwallis. What do you understand by Cornwallis Code?