In this article, we will give you a short note on the various reforms introduced by Warren Hastings. He came to India in 1772. He found that the Company, though enjoying the right of Diwani of the rich provinces of Bengal, Bihar and Orissa since 1765, had reached the state of financial bankruptcy and the Dual Government in Bengal had failed completely. Warren Hastings tried to improve the administration and partly succeeded. Therefore, the credit of laying down the foundation of the English administration in India squarely goes to him. 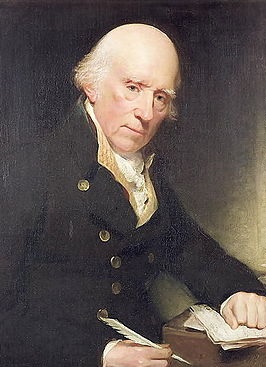 The first two years of his governorship were primarily devoted to internal administration. Then some of his measures were substituted by the Council which was established by the Regulating Act. But after another two years, in 1776, he could assert himself against the wishes of the Council and, thus, got the opportunity of completing his scheme of reforms.

The reforms which he brought about in different fields of administration were as follows:-

When Warren Hastings came to India in 1772 as the Governor-General of the Company he came with specific orders from the Directors to abolish the Dual Government. He came to India with clear instructions by the Court of Directors that the naib (deputy) Diwans, Muhammad Reza Khand and Raja Shitab Ray, were to be removed from their offices and placed under trial and, henceforth, the Company had to stand forth as the Diwan. Hastings did the same soon after his arrival in India. Hastings took up the responsibility of civil justice also in the hands of the Company along with the direct charge of Diwani (the right of collecting the revenues).

Hastings realized that it was not desirable to keep the rights of Diwani and Nizamat (right of defence, peace and other and criminal justice) in separate hands. Therefore, he took away the right of Nizamat also from the hands of the Nawab. The Nawab of Bengal was granted a pension of rupees sixteen lacs annually for his personal expenses. Thus, the Dual Government in Bengal was abolished and the Company became the de jure as well as the de facto ruler of Bengal, Bihar and Orissa.

The Mughal Emperor granted the right of Diwani of the provinces of Bengal, Bihar and Orissa to the Company in 1765. In return, the Company agreed to pay rupees twenty six lacs annually to the Emperor and a fixed yearly amount to the Nawab of Bengal for meeting the expenses of Nizamat. Warren Hastings abolished the Dual Government in Bengal and assumed the direct responsibility of administering these provinces. Therefore, the revenue administration became the responsibility of the Company in 1772. Hastings introduced the following measures concerning the revenue administration.

In 1774, according to the orders of the Directors, annual agreement was made with the zamindars for the purpose of revenue. In 1780, Warren Hastings made some changes in the revenue administration. The revenue councils of the divisions were abolished. Instead, a revenue board, consisting of four members, was constituted. A Diwan was appointed for its assistance. The charge of the treasury was handed over to the Board. Every member of the Board received two percent of the collected revenue. Rai Raian was subordinated to the supreme council of the Company. The Indian Qanungos were reinstated and they were assigned all those rights which they enjoyed before.

The revenue reforms of Hastings suffered from certain serious defects. The land was assigned to the highest bidder while no agreement was made with them for the protection of the cultivators. The condition of giving pattas to the cultivators was not fulfilled by the zamindars. Mostly, the peasants were the sufferers on whom the final burden fell because the zamindars tried to extract maximum from them with a view to keeping as much as could be possible for themselves after paying the fixed amount to the Company. The second serious defect was that the revenue collectors had the right of dispensing justice as well. In such a case, justice was not possible for the cultivators. Besides, the English did not come in direct contact with the working of the revenue collection because they mostly depended on their Indian subordinates for it. Therefore, they failed to understand the defects of the revenue administration and were in no position to bring about any improvement therein. Yet, it is accepted that Hastings made the first serious attempt to improve the revenue system and, certainly, brought about some improvement.

Besides, the following rules were framed for smooth working of justice,

All proceedings were to be recorded in courts of every kind; a time limit was fixed for all litigations; and, severe financial penalties were abolished from law.

The judicial reforms of Hastings, though imperfect, were certainly beneficial. Therefore, it has been said that “Hastings attempted to establish a just judiciary administration in India.”

A Supreme Court was also established at Calcutta after the passing of the Regulating Act in 1774. But, it was the Act of the British parliament. Its jurisdiction, relations with the Sadar Nizamat Adalat and the Sadar Diwani Adalat and the laws on which it had to decide the case were, however, not defined. So, instead of bringing about improvement, it adversely affected the judicial administration in Bengal, at least for some time to come.

Warren Hastings brought out certain reforms to facilitate trade in Bengal, such as:

The trade reforms of Warren Hastings proved successful. Hastings also issued orders to the agents of the Company not to force the workers against their will or to receive personal share.

Warren Hastings, thus, attempted to bring about improvement in the administration of Bengal, Bihar and Orissa. Hunter remarked: “Hastings firmly laid the foundation of civil administration, on which the super-structure was raised by Cornwallis.” It is a partial truth as the reforms of Warren Hastings were just the beginning of the administrative measures of the English and did not affect much the common people.

Write a note on the various reforms introduced by Warren Hastings.