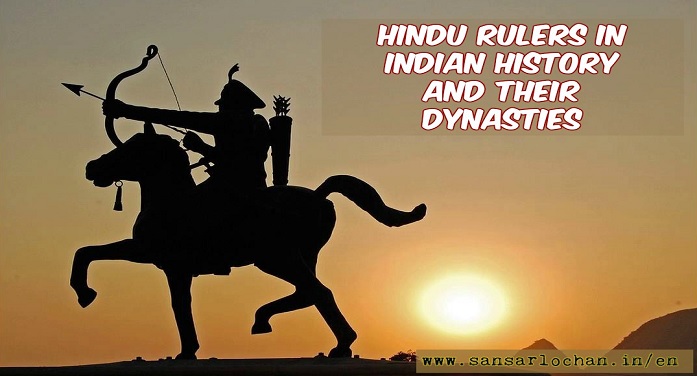 He was the founder of the first historical Empire in India. He consolidated this huge Empire and perfected the machinery of Government. His Empire included Afghanistan, the Punjab, the United Provinces, Magadha (Bihar), the peninsula of Kathiawar and probably Bengal.

He was the son of Bindusara. He conquered Kalinga in 261 B.C., his first and the last conquest. Ashoka’s work lay entirely in the sphere of religion and morals. He was the first teacher of universal humanity who spiritualized the ideas of Dig-Vijay by arms. Ashoka was the greatest king of his dynasty, one of the greatest kings in the world history and the greatest Buddhist Emperor. He sent monks to preach Buddhism outside India.

He was a great Empire builder. He conquered Kashmir, Kashgar, Khotan, Yarkand and made Peshawar his capital. Like Asoka, he was a great patron of Buddhism. But the Buddhism of his time was of the new type called Mahayana or Great Vehicle. His fame rests on his conquests of region of Central Asia and Indianization of Khotan areas; Gandhara School of Art was patronised by him.

With the rise of Gupta Dynasty, the history of India entered upon a new era. India became a strong National Empire. The Guptas freed the country from foreign domination and restored the ancient Aryan supremacy – political, cultural and intellectual. It is known as the golden age of Hindu India.

He was the son and successor of Chandra Gupta I. On account of his great conquests he is known as the Indian Napoleon. He received homage and tribute even from the Deccan rulers. Many foreign kings entered into diplomatic relations with him. He was a man of versatile genius – a great warrior, an accomplished ruler, a musician, poet and scholar.

He succeeded his father Samudra Gupta in 375 A.D. He was a renowned warrior and an accomplished prince. Chandra Gupta II drove away the foreigners form India. The Chinese traveler Fehien visited India in his time. Fabien says the country was rich and the people led a highly moral and honest life.

He was the younger son of Prabhakar Vardhana, the Raja of Thanesar. On the tragic murder of his elder brother, Harsha occupied the throne. He made great conquests. Harsha devoted himself to the task of peace and promotion of the moral and material interests of people. Harsha Vardhana was known for his scholarship, philanthropy and toleration. Hiuen Tsang or Yuan Chwang, a Chinese pilgrim, visited India during his reign.

He was the son of Shahaji Bhonsale, a Maratha chieftain in the service of the Ahmadnagar State. He was a born leader of men, a great General, an able administrator. Chhatrapati Shivaji Maharaj created a Hindu State in defiance of the Mughal Power, and unified the Maratha nation. 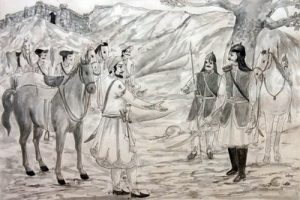 He was the first Peshwa to become the de facto ruler. He was instrumental in the release of Sahu from the Mughal imprisonment and securing for him the throne of Satara. Balaji restored order in the Maratha kingdom and extended the Maratha influence. Balaji made the Maratha co-sharers of the Mughal revenue, and later the partners of the sovereignty as well. The whole of South India practically passed under the Maratha control.

He was the son of Balaji Vishwanath, and the second Peshwa. Baji Rao expounded the ideal of Hindu-Pad-Padshahi, and secured the help of the Hindus and the Rajput rulers to gain that end. He intended to strike at the root of the Mughal Empire and curb it by one stroke. Baji Rao was a rare military genius, possessed a statesmanlike vision and a penetrating intellect. The Maratha influence, during his time, spread into Delhi, the Mughal capital.

He was the third Peshwa and succeeded to the throne on the death of his father Baji Rao. The Maratha power was at its zenith during his time. Unfortunately, he deviated from the idea of his father and denationalised the state and the army. There was indiscriminate loot and plunder of the people. The Maratha state became a parasitical growth, heading towards disaster which overtook it in the Battle of Panipat in 1761.

A very capable administrator and financier. He was a millitary genius. He early death is regarded as the cause of downfall of Marathas.