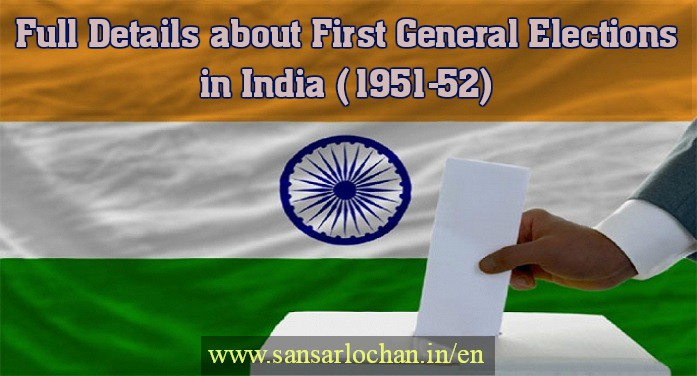 India became a Sovereign Democratic Republic with the adoption of Constitution on 26th January, 1950. General elections to the first Lok Sabha as well as state assemblies were held from October 1951 to February 1952, on the basis of universal adult franchise. Thus India, with a far greater population than that of the USA, emerged as the world’s largest democracy.

The provision of universal adult franchise was a integral part of our constitution and a must thing for ensuring true democracy.  The holding of general elections was a bold implementation of that constitutional provision.

The first general election was the most gigantic political experiment in the history of democracy. The following facts indicate that it was the world’s largest free election.

Parties, Percentage of Votes and Seats

From the results shown in the table given above, we can draw the following conclusions :-