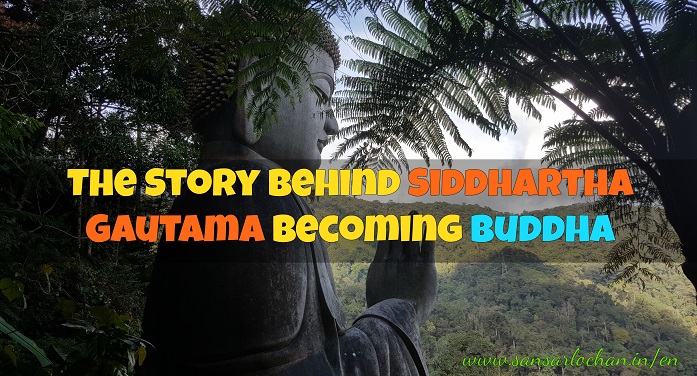 One of the most famous of the religious teachers in the history of the entire planet was Siddhartha Gautama of India. He belonged to 6th century B.C. He was born in the family of a king. As a young noble, the son of King Shuddhodana whose dominion lay on the slopes of Himalaya, Siddhartha Gautama could easily lead a life of ease and pleasure. Being the son of a king, a whole world of luxury lay before him. He had several servants to do his bidding. He could spend his days riding about in his chariot, hunting, taking part in races, and gratifying every wish.

However, the little Siddhartha Gautama showed an inclination to discard worldly pleasure. Alarmed at this Shuddhodana tried best to engage Gautama inside the four corners of his palace. He married his son to a very beautiful princess. Nevertheless the latter came to have glimpses of the darker side of life. Once he surreptitiously visited the town with his charioteer Chandaka. He then occasioned to see an aged man having a shriveled body, a man afflicted with a terrible disease, and finally he saw an corpse. These sights shook him from within. His charioteer told him that all men have to age, fall ill and eventually leave the world. At this Siddhartha Gautama was full of grief and started brooding deeply over life. In this journey, he finally sighted an ascetic in meditation. He was told that ascetics give up normal life and brood over attaining salvation. 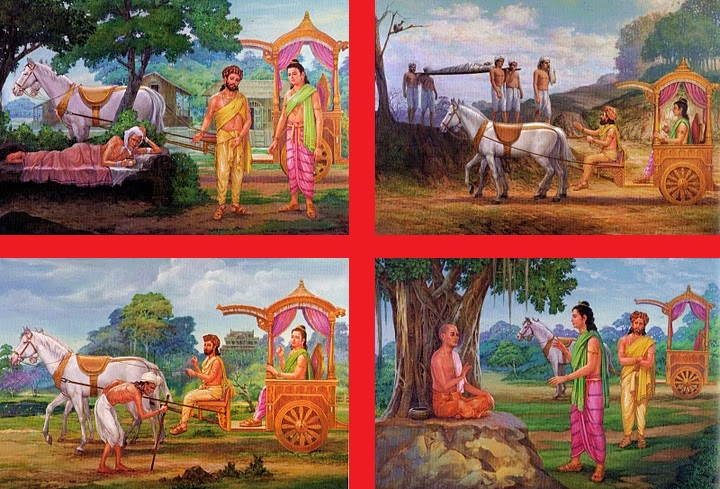 While Siddhartha Gautama was giving himself to these melancholy thoughts, he learned so the story goes that his beautiful young wife and just given birth to a son, his first and only child. That evening there was a joyous gala to celebrate the event. Yet Siddhartha Gautama was not interested. After the festivities were over, and the household all asleep, he rose from his couch, quietly tiptoed to his wife’s room for a last glimpse of their baby, and then stole out into the moonlit night.

Exposure to the Real World

Mounting his horse named Kanthak Siddhartha Gautama rode away. Like so many other thinkers of his time, he had come to believe that enlightenment and peace of soul could be achieved only at the feet of an already enlightened ascetic. Clad in a beggar’s rags, he listened humbly to all that the Brahman priests had to teach, but he was far from satisfied. He denied himself comforts and even food, until his body was weak with fasting, but in vain.

One day sitting under the cool shadow of a peepal tree at a place near the holy city of Gaya, and thinking how he had given up wealth, home, love and all the pleasures of life, Siddhartha Gautama suddenly experienced that he could see things more  clearly. Full of joy he arose, and sojourned to Sarnatha, a place near the holy city of Varanasi. There he told his five friends who, earlier accompanied him in his spiritual journey but had subsequently left him, that the truth had been revealed to him. Soon crowds flocked to hear his words. Reverently they hailed him as “Buddha” – the “enlightened one” the teacher of truth.

In the entire northern plains of the Ganga Valley of India, he and his disciples wandered. Clad in yellow robes, they begged their food and spread the new teaching. So it was that Siddhartha Gautama, at the age of thirty-five, became a Buddha and began to preach a religion that, in many forms, would soon sweep over most of India, and across the lofty Himalayas to Tibet and China, and across the seas of Ceylon, Japan and the Malay isles