Robert Clive returned to Bengal in 1765 as the governor of the English Company. He was required to settle many affairs. No settlement had been made so far either with the Mughal emperor or with Nawab of Awadh, who were defeated by the English in the battle of Buxar. Mir Jafar being dead, his son, Najim-ud-daulah, now the Nawab of Bengal, was a minor. Therefore, the Company had the responsibility to rule Bengal. How it was to be managed was not yet settled. The Company wielded all power but had not taken upon itself any responsibility. If had simply attempted to enrich itself at the cost of the Nawab and his subjects. The largest beneficiaries were the servants of the Company who being unrestrained in the misuse of their power and privilege, had become thoroughly corrupt. All this needed the attention by Clive. 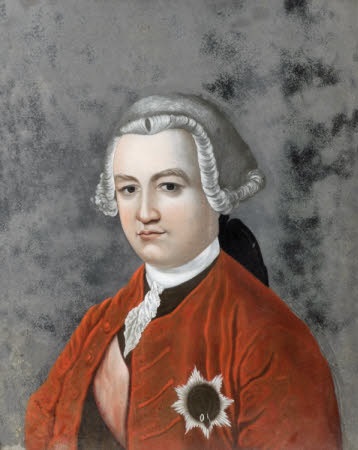 Robert Clive arranged separate settlements with the Mughal emperor, the Nawab of Awadh and the Nawab of Bengal.

Settlement with the Emperor

The Mughal emperor was at the mercy of the English after the battle of Buxar. Robert Clive had different options before him. He could proceed to Delhi and occupy in the name of the Emperor. But, he did not attempt it because it would have brought the Company into direct conflict with the Marathas for which it was not prepared. The second alternative was that he could free the emperor to proceed to Delhi. But, in that case the Company could take any advantage of his person. The third alternative was suggested to him by Vansittart. It was that Awadh be handed over to the Emperor. But, it could have brought the Marathas to Awadh and that would have endangered the English possessions of Bengal, Bihar and Orissa. Therefore, Clive rejected all alternatives. The settlement which he made with the Emperor was as follows:

The settlement had all advantage for the Company. The Mughal emperor was permitted to live within the boundary of a friendly state, Awadh, as a pensioner of the British and his person and name could be utilized to serve the interests of the English.

Settlement with the Nawab of Awadh

Robert Clive had two options regarding Awadh. He could hand over Awadh to the Mughal emperor or could occupy it for the Company. He did not choose any of these alternatives. He made the following settlement with Shuja-ud-daulah:

This settlement gave all advantages to the English. The Nawab not only became a friend of the English but, to a great extent, a dependent on them. It also provided safety to the English possessions of Bengal, Bihar and Orissa against the attacks of the Marathas.

Settlement with the Nawab of Bengal

The English acquired the rights of diwani in the provinces of Bengal, Bihar and Orissa from the Mughal emperor. But, their rights of Nizamat remained with the Nawab. Therefore, the English agreed to pay to the Nawab a fixed amount annually to meet his expenses. This arrangement has been called the “Dual Government in Bengal.”

The political settlements of Clive were proofs of his farsightedness. The battle of Buxar had suddenly placed the English in a position which immediately could make them the masters of a larger part of northern India. But the Company had neither the financial resources nor the military strength to undertake that responsibility. Clive, therefore took no chances, avoided all possible dangers and made settlements which drew full advantages to the Company with no risk or additional responsibility.

Clive introduced certain reforms with a view to improving the administration of the Company. Regarding Civil services –

The extra allowance of the military officers had become a heavy financial burden on the Company. Clive reduced it. It was decided that –

The officers who were drawing double allowance so far refused to accept these reforms. But finally they yielded.

Clive also started a “Clive’s Fund” of rupees five lakhs, the money which was donated to him by Mir Jafar at his death-bed. It was put in trade and the profit was to be distributed among the retiring servants of the Company.

Thus, Clive tried to settle many affairs of the Company within a short period of less than two years. All his schemes were in experimental form and several of them failed. His political settlements served only temporary purpose, his Dual Government of Bengal collapsed and his reforms in civil services brought no result.

Therefore, Robert Clive cannot be regarded as a successful administrator. Primarily, he was a man of politics and, from that point of view, served his national interests best in India. As an administrator, he should be pronounced as a failure.

What do you know of “Dual Government” established by Clive? What were its results?