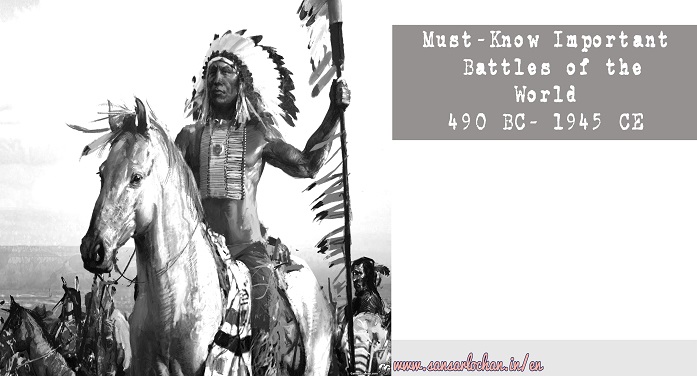 War is an evil which has ruled the course of History from the ancient times. For several different reasons peoples, tribes and nations have been fighting with each other from time immemorial. We are all aware of such big battles as Mahabharata. Here however we will throw here light on some comparatively notable battles which were waged in the recorded past in the various parts of the World.

Thus we learnt about some of the important battles/wars in the recorded history of the world which cover the period from 490 BC to 1945 CE. Hope good sense shall prevail upon humanity in recent future so that the list of new battles are not required to be presented in the fashion above. Click here to read all our articles about the World History.