Sir John Shore who worked as the governor general of the Company between the period 1793-98 on ad hoc basis largely pursued the policy which has been described as the “policy of non-intervention” regarding the native rulers. He refused to help the Nizam of Hyderabad against the Marathas which resulted in his defeat at the battle of Kharda in 1795. He also refused to provide protection to the Rajput states against Marathas’ aggression. Lord Wellesley, the next governor general, however, completely reversed his policy. He decided to make the Company the Supreme Power in India and pursued an aggressive foreign policy to achieve his aim. 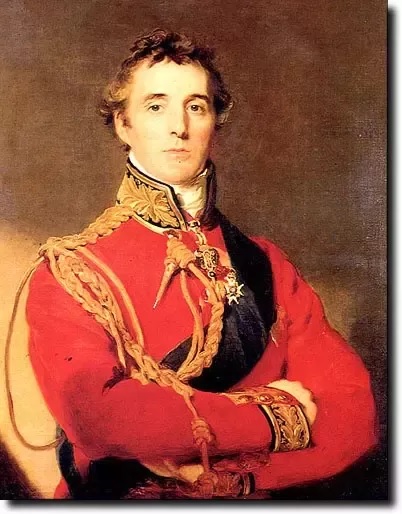 He adopted the following three means to achieve his aim:-

Lord Wellesley fought the fourth Mysore War, finished the independent status of the state of Mysore and annexed larger part of its territory to the Company’s dominions. The second Maratha War was also fought during his time which helped in extending the territories of the Company further and also in weakening the power of the Marathas.

The third Mysore war, fought during the period of governor-generalship of Lord Cornwallis, had weakened very much the power of Tipu Sultan. He did not forget his defeat and humiliation and attempted to restore his power and prestige. He increased his military resources and tried to seek foreign help from Arabia, Turkey, Afghanistan and the French. Lord Wellesley, as soon as he arrived in India, decided to finish the power of Tipu Sultan for good. He opened negotiations with the Nizam of Hyderabad and the Marathas and was assured of their neutrality in case of war of the English against Tipu. He then declared war against him in 1799. The war was an easy success for the English. Mysore was attacked from two sides and Tipu was forced to take shelter in his capital, Srirangapatna where he finally died fighting. The son of Tipu surrendered himself to the English and Srirangapatna was captured by the English in May 1799. That finished the state of Mysore which was created by Hyder Ali. Some territory of Mysore was handed over to the Nizam, larger part of it was annexed by the English and the rest of it was restored to the minor son of the previous Hindu ruler of Mysore who became a dependent ally of the English.

The internal quarrels among the Marathas provided Lord Wellesley a good opportunity to weaken the power of the Marathas. Peshwa Baji Rao was incompetent and failed to keep Maratha chiefs under his control. Daulat Rao Sindhia and Jaswant Rao Holkar fought freely against each other for power. The Peshwa sided with the Sindhia and virtually open war started between Holkar, on the one hand, and the Peshwa and the Sindhia, on the other. Jaswant Rao defeated Peshwa Baji Rao in a battle near Poona in October, 1802, forced him to find shelter at Bassein and placed Vinayak Rao, grandson of Raghunath Rao on the gaddi of the Peshwa.

Another means by which Wellesley extended the territory of the Company has been called mediatisation. He took over the territories of Tanjore, Surat and Karnataka on the plea of maladministration by their rulers and the territory of Farrukhabad, because its ruler was a minor. The rulers of these states were, however, awarded pensions by the Company.

The Subsidiary Alliance of Lord Wellesley was yet another most effective instrument for the expansion of the British territory and political influence in India. This form of treaty was imposed on the new ruler of Mysore after the defeat of Tipu, different Maratha chiefs after the second Maratha War, the Nizam of Hyderabad, the Nawab of Awadh and other dependent allies of the Company. A ruler who accepted this treaty was restrained from having relations with any other native ruler, could not employ any European without the approval of the English, had to keep an English resident at his court and an English army within his territory and, in return had to surrender a part of his territory to the English permanently. This treaty, thus, helped the English not only in extending their territory but also in eliminating French influence from the courts of the native states. The rulers, entering into his treaty, finally became completely dependent on the English.

Read more about this alliance in this article > Subsidiary Alliance

Thus, Lord Wellesley pursued an aggressive policy with native rulers and largely succeeded in achieving his aim of making the Company the supreme power in India.

Tags : PDF for UPSC exam notes. Who introduced this system? Permanent Settlement features and its impact.

Discuss the British policy towards Indian states under Lord Wellesley.