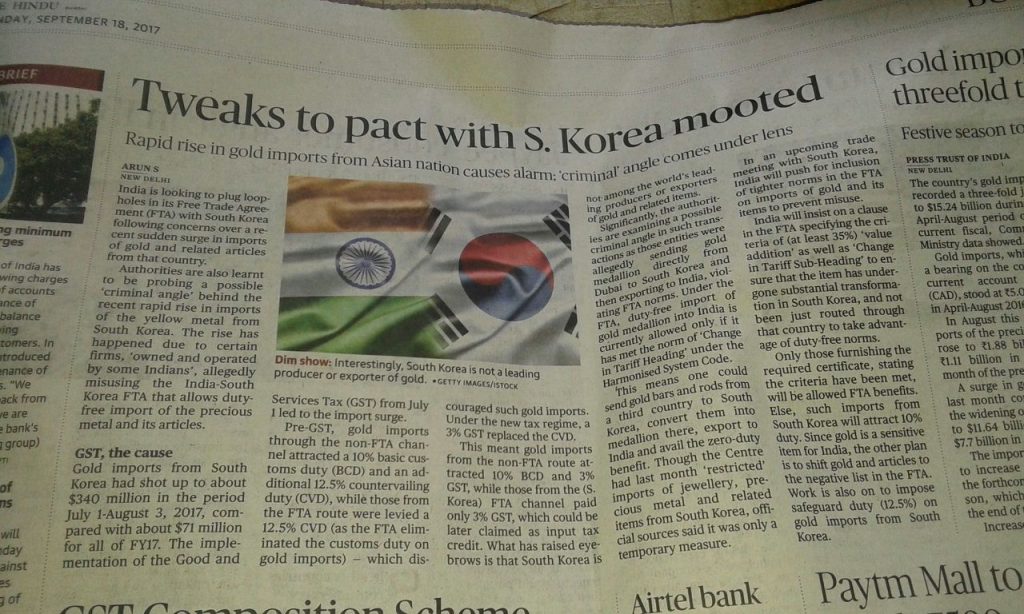 South Korea is not a big producer of gold. But in recent months, import of gold from that country to India has shot up remarkably. In the entire 2016-17 Indians imported gold worth $71 million whereas during July 1-August 3, 2017, it was around $340 million. The extraordinary increase in gold import from South Korea has caught the attention of the Govt. of India.