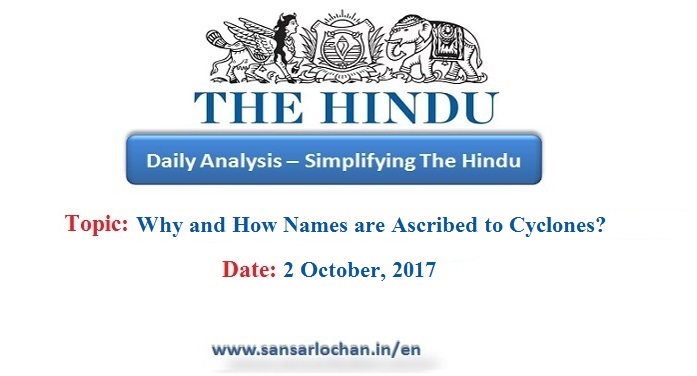 Recently a hurricane named Nate has popped up in news. This hurricane is building up in the Mexico Gulf and is expected to eventually landfall in the US Gulf Cost early in the second week of October, 2017. One may be curious to know why, when and how the storms or cyclones are assigned particular names. Below is provided answers to such queries likely to emerge in the minds of the public in general.

Why are names ascribed to Cyclones?

Which Cyclones qualify for naming?

Can a storm name be deleted from the list?

Yes. If a hurricane has once proved to be highly devastating, the World Meteorological Organisation deletes it from the annually rotating list so that people might not feel bitter when storm of this name comes back to footfall in their region. The name Katrina, a hurricane which happened in August 2010, has been dropped because this hurricane with a historic 28 foot storm surge was extremely destructive and deadly.