Cholas had good administrative system. They had a centralised administrative system. King was not absolute. The practice of crown prince becoming the king was in vogue. A council of Ministers assisted the king. The intimate group of the King was called “Udanakootam”. The empire was divided into many divisions (Mandala). During the time of Rajraja Chola I there were eight Mandalas. Mandalas were divided into Nadus (Kottam), Nadus in turn were divided as “Olanadus”. Village administration was looked after by Grama Sabha. 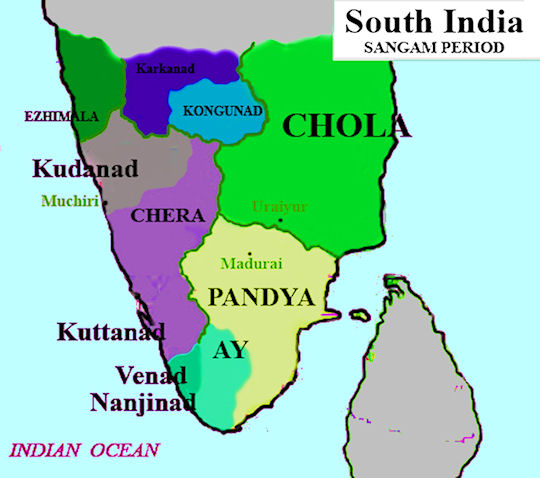 An important feature of the Chola administration was village autonomy. People of the village looked after the administration through their own elected representatives. This administrative system became famous during the Chola period. Uttarameruru inscription of Paratanka I gives us clear information about the village administration. According to this inscription, Uttarameruru village was divided into thirty parts (Kudumbu). One representative from each unit was elected for a period of one year. The members were elected through Kuduvalai (Lucky Draw) system. Villagers assembled in the temple on the day of election. The names of candidates to be elected were written on palm leaves and put it a pot. Then a small boy was asked to pick leaves one after the other in the presence of everybody and thus the representatives were elected.

Elected representatives had to work in the Annual Committee, Garden Committee and Tank Bund Committee. These committees were called “Variyam”. The representatives were called “Variya Perumakkal”. These committees worked for 360 days. The village committees performed duties like the protection of village property, collection of taxes and the protection of temples, lakes, groves and forests etc. The resolutions of the Committee were written. The central administration did not interfere in the village administration unnecessarily.