Monuments, coins and inscriptions, though have no tongue of their own to relate their story, their mute tongue is very fluent and trustworthy for archaeologists who can through them in the socio-economic condition of the people. We have already read about literary sources of Indian history, today we will discuss about archaeological sources of ancient Indian history.  These sources can again be sub-divided under three headings –

The inscriptions are of greater value than the books because changes can be made in the books by the successive writers or they can be destroyed by the passage of the time by white-ants and other inimical insects. The inscriptions, however, cannot be tampered with or without being caught and the cruelty of the weather can also not affect them. These inscriptions have been found on rocks, pillars, slabs, walls of buildings, bricks, stones, seals, images and copper plates. Various rulers got their teachings, instructions and commandments engraved on rocks and pillars for the guidance of the people. There were certain other unofficial inscriptions as well either to commemorate the donor or to pass on the information to other people and future generations. The installation of different pillars in various parts of the country can indicate the boundaries of a certain ruler. They can also evidence the approach of the people towards a particular language.

Ashoka’s pillars and rock-edicts have formed a class by themselves. A detailed study by archaeologist has found them of great historical importance. Most of them are written in the Brahmi script only. There are certain inscriptions, though limited in number, in the languages of the South, for example Tamil, Telugu and the Kannada. The values of these inscriptions are greatly enhanced when we find that they are the words of a particular ruler. 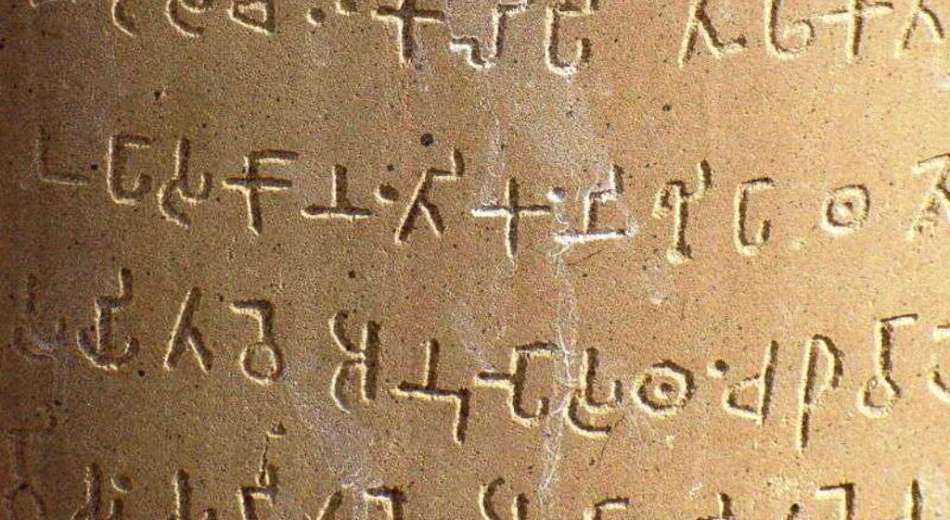 In Sarnath we have found certain inscriptions on the images of Buddha or Boddhisattvas. The inscriptions at Kaushambi are also historical in nature. Another inscription found near Allahabad gives the story of an ancient town, Kara. Some official and private inscriptions of the post-Ashokan era have also been excavated but they are not of the standard and value as those of Ashoka. The most important inscription of this period is the one found in the fort of Allahabad on an Ashokan pillar. There is a vivid description of the conquests of Samudragupta, the Napoleon of India. There are certain official inscriptions on copper plates. They are transfer deeds of land to Jagirdars or Zamindars. Among private inscriptions, those on the ancient temples and the images of Gods are of importance because they give the name of the donor and the year of construction. So far, 1500 inscriptions of pre-Gupta age have been unearthed and about 95% of them are in Prakrit connected with either Buddhism or Jainism. This goes to prove that there was a change in the literary pursuits of the people and their religion. They contain the names of the contemporary kings and sometimes they trace the line of that king to main generations.

So far, many thousands of coins have been found and preserved in many museums of the country. Quite a few hundreds have been taken to other museums of foreign countries and hundreds and thousands of them have been melted by the private people who, somehow or other came to them find hidden under-ground as a private treasure. Despite this loss, all that has been found is enough to build up a history of the period to which they belong. The coins are a source of indicating the true economic condition of the country. Some of them bear figures and symbols which point out to the language of the time and the religious approach of the people. There are, however, certain coins which have not been deciphered as yet as the symbols thereon are very ambiguous and are not connected to our present-day resources. The later coins bear the name and date of the author and give us reliable information about a particular ruler or an individual. Both Smith and Rapson are of the view that these coins prove that there was no state coinage system and they were coined by private people who gave their own impression on such coins. Prof. Rapson holds that the adverse marks were the private trade-marks of the money chargers and reverse marks indicate the locality to the coinage. Dr. Jaiswal has found out certain coins belonging to the age of Chandragupta Maurya. In Takshila, a large number of coins bearing legends on both the sides have been found and they are thought to be of Indo-Bactrian kings. These coins provide us valuable information for reconstructing our history.

The monuments help us understand the ancient art and culture of the periods. The buildings speak of their rulers and the impact of various civilization on the art of constructing buildings. Lord Curzon was the first to realize the importance of these sources of our information and organized the Indian Archaeological Department. It was under the auspices of this department that many excavations were carried out and valuable information traced. Thanks to the untiring efforts of Sir John Marshall that the two ancient cities Harappa and Mohanjodaro of  Indus Valley Civilization came to light. In addition to that, many excavations were carried out at Patliputra, Nalanda, Rajgir, Sanchi, Barhut, Agarilak, Shamaneswara, Talkat, Mashi, Mathura, Smonath, Kesa etc. Different state governments have also organized different departments on indology which have done very valuable work discovering these monuments.

The buildings themselves are very important for the present day society but the information that they give regarding the way people lived and the various types of building materials used in those days are things of importance for us. The pucca houses of the Indus Valley Civilization have strengthened the claims of India that our civilization can compare favourably well with any ancient civilization of the world like those of Egypt and Sumeria. The sculptures, the statues and their household utensils that have been discovered in different excavations have helped us in knitting our history from almost nothingness to our very well built up and reliable history.

Thus, the lack of recorded history has been very well compensated by the availability of a host of archaeological sources. A patient and intelligent survey, a philosophical study, a comparative and critical deciphering of the mute resources have helped us to add to our information. The so-called pictorial writings of Harappa and Mohanjodaro when read would revolutionize the sources of our information and much would be added to our existing store of knowledge.

4 Comments on “The Archaeological Sources of Ancient Indian History”