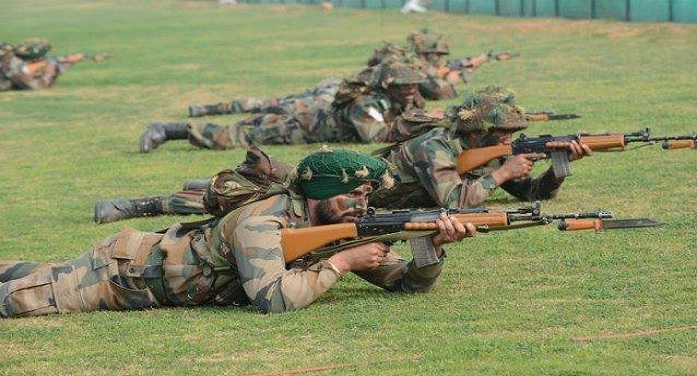 Reports are coming that in the wee hours of the night of 28-29 September, 2016 the Indian military made a surgical strike at a number of terrorist training camps in Pak-Occupied Kashmir (PoK). This action was formally announced by DGMO, India on 29 September, 2016 in a well-attended press conference at New Delhi. Reportedly huge damage has been done by this strike to the trainers of terrorism and the militants taking the training. The number of causalities has not yet been announced. The details of the damage are likely to be announced by DGMO in the late evening today.

The surgical strike has been done in retaliation of the attack in Uri perpetrated by Pakistani militants last week. According to DGMO, declaration the Pakistani counterpart has been intimated about the action. Reports are that the president of India and the Chief Minister of Jammu and Kashmir were taken in confidence before taking the action. The surgical strike is believed to last for one and half hours. The commandos involved have returned to their Indian bases safely. The government of India has called for an all-party meeting today afternoon on the subject.

What is a Surgical Strike?

A surgical strike is a military action in which damage is done to one or more military targets whereafter the military unit making the strike withdraws immediately. In such action, effort is made to kick non-military damage at the minimum. Surrounding structures, building, vehicles or public infrastructure are left intact as far as possible. In other words, a surgical strike is a form of precision military action. If air-force is involved in such a strike, effort is made to do precision bombing in which case also surrounding facilities are not damaged. The bombing of Baghdad in beginning of 2003 Iraq war is a fitting example of a surgical strike.

2 Comments on “Indian army did surgical strike in POK. What is this strike?”